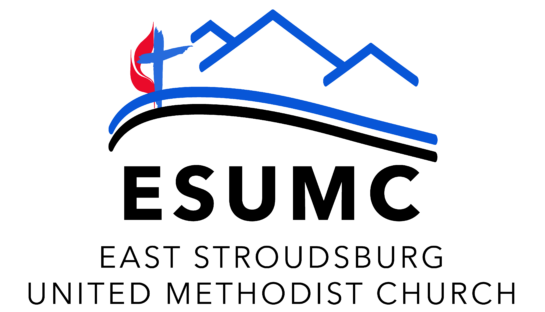 Circuit Riders planted the seeds of Methodism throughout Northeastern Pennsylvania. As early as 1871, Methodist meetings known as “love feasts” were held in area homes to study the Wesleyan Doctrine. The first “class” meeting occurred in the home of Michael and Sarah Ransberry on North Courtland Street in April 1872. In the spring of 1872, organized worship services began in W.E. Henry’s Match Box factory, across the street from our present sanctuary. In 1873, the factory was converted into the Academy of Music (now the site of Pocono Cinema), which was used for services and various programs until a church was built.

In March 1873, the Rev. B.H. Sanderlin was sent to be our first appointed pastor, replacing the Rev. Daniel Young who had completed his organizational mission in East Stroudsburg. There were 76 members and 28 probationers. No church building or parsonage. Situated just south of our present building, our first church, a 42′ by 70′ frame building with an organ and a spire was dedicated July 25, 1875. It was demolished in the 1930′s and replaced by a food market. Its cornerstone, dated 1874, is in the wall of the entrance to our church school building. Our first parsonage still stands at 133 South Courtland Street.

The cornerstone of our present brick structure was laid May 3, 1922, dedication services were held June 24, 1923. After our communities were inundated with flood victims on August 18, 1955, our church’s doors were open to all as a medical center and a Red Cross feeding station for more than six weeks. Because of an expanded youth program, the need for more classrooms and a space for informal gatherings, a new brick building was erected in 1960 behind the old parsonage which now contains the church offices. Once again, because of continued growth, a membership vote was taken to remain at the downtown East Stroudsburg site. A new multi-purpose building with a kitchen was constructed behind the sanctuary and occupied in 2001.